The Piedmont region in Northwest Italy is known for its incredible cuisine, and some of the world’s best wines. We had a chance to travel to the region in October 2019, and had an unforgettable time with producers of some of our favorite wines, who kindly spent time with us during harvest!

We started in Barolo, with a visit to Sandrone, where fermentation had begun.
(I am inspecting the stainless fermentation tank; or the paneled photo of Sandrone).
Stylistically, Sandrone Baroli are more modern in approach— elegant and well-structured but with a shorter maceration and minimal new oak. While we didn’t meet with Luciano, we watched him hard at work; Barbara was actually in the US, though we met with her just prior to our trip! 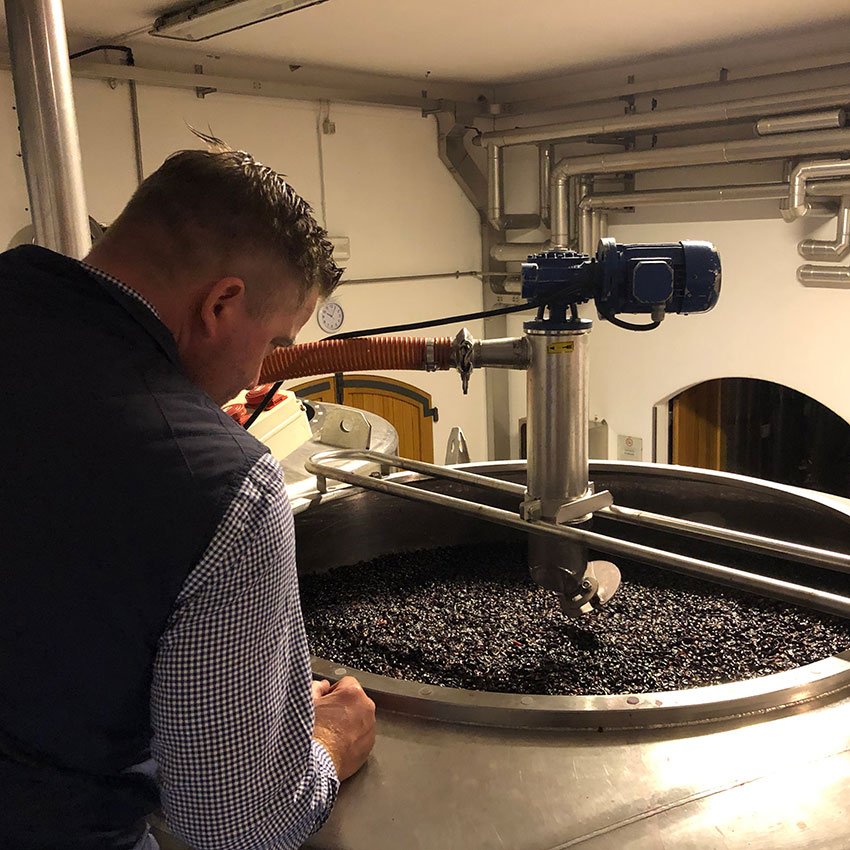 Rob checks out the fermentation tank at Sandrone. 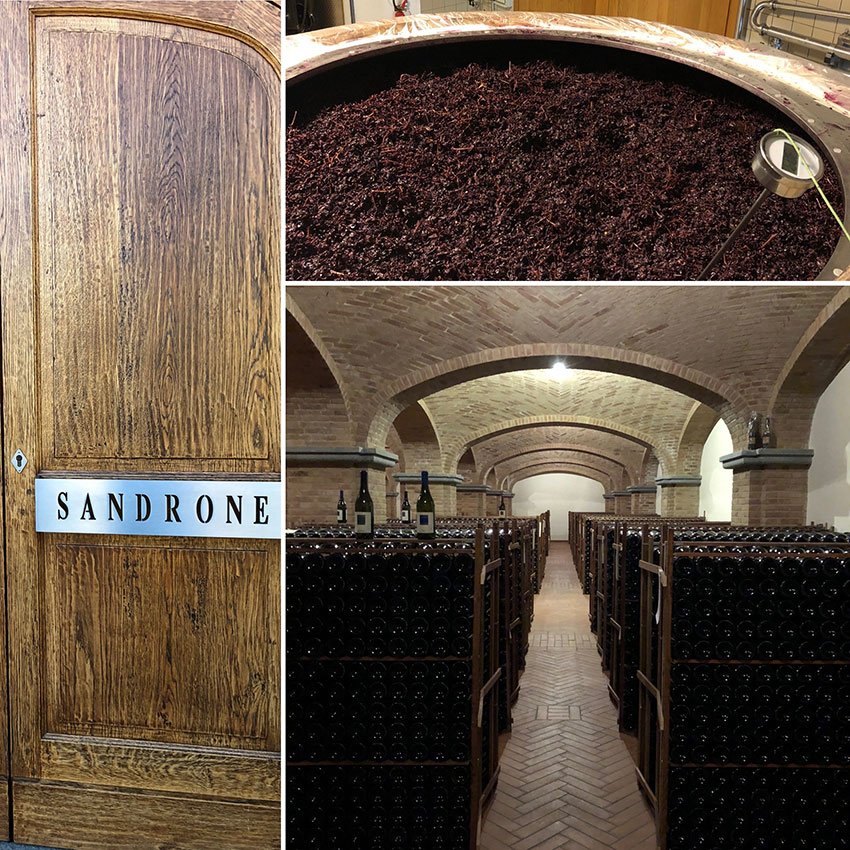 The historic cellars of Pio Cesare were next up, and Augusto Boffa, a Pio Cesare family member, gave us an extensive tour, followed by a special tasting in their beautiful Alba facility. 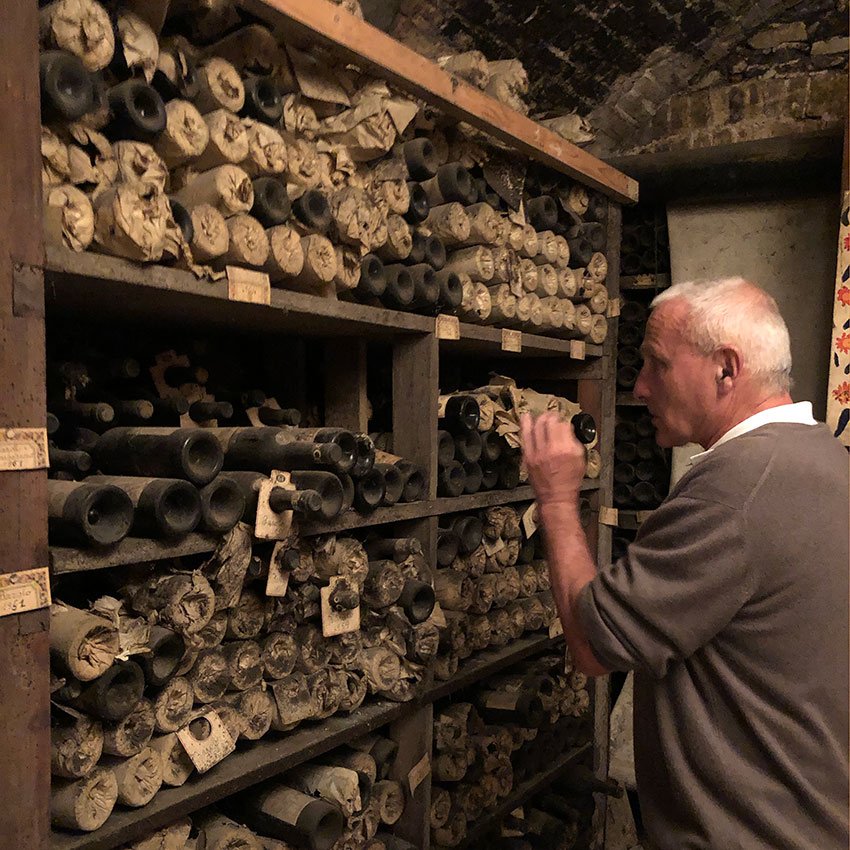 Going deeper into the cellar with Augusto Boffa at Pio Cesare.

In Verduno, Fabio Alessandria of G.B. Burlotto is without question crafting some of the finest Barolo there is. Fabio was in the middle of crushing Barbera, and stopped his work for a couple of hours for a tour and sit-down tasting of his remarkable wines. Sadly, the wines we brought to share from Washington were lost somewhere due to a mishap at the Frankfurt airport! (They arrived back in Tacoma two months later)… 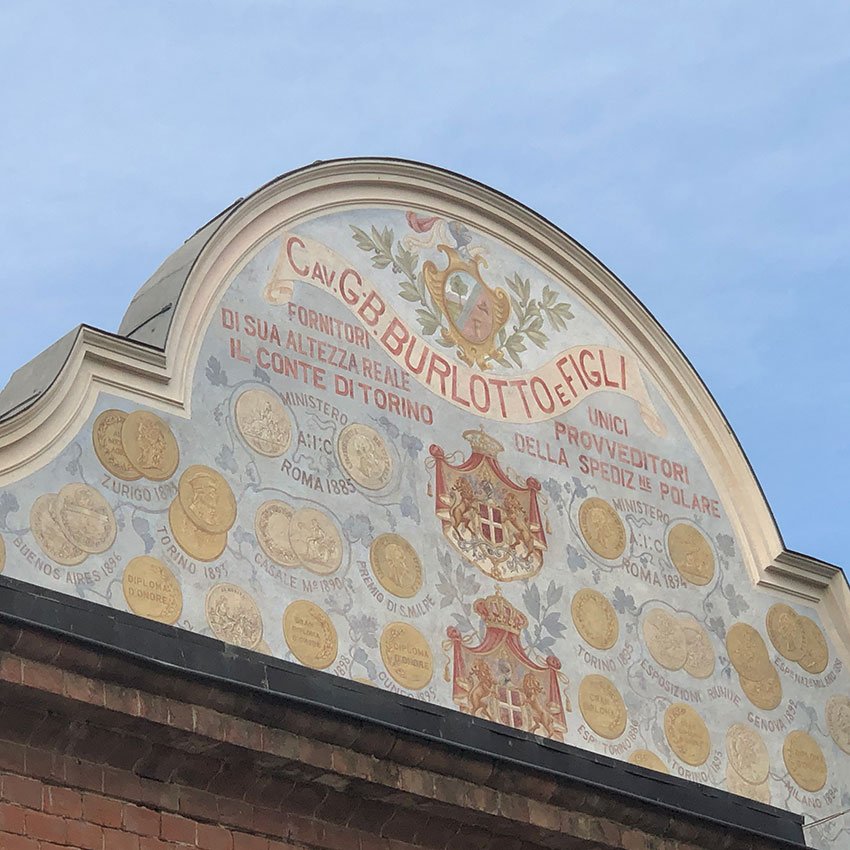 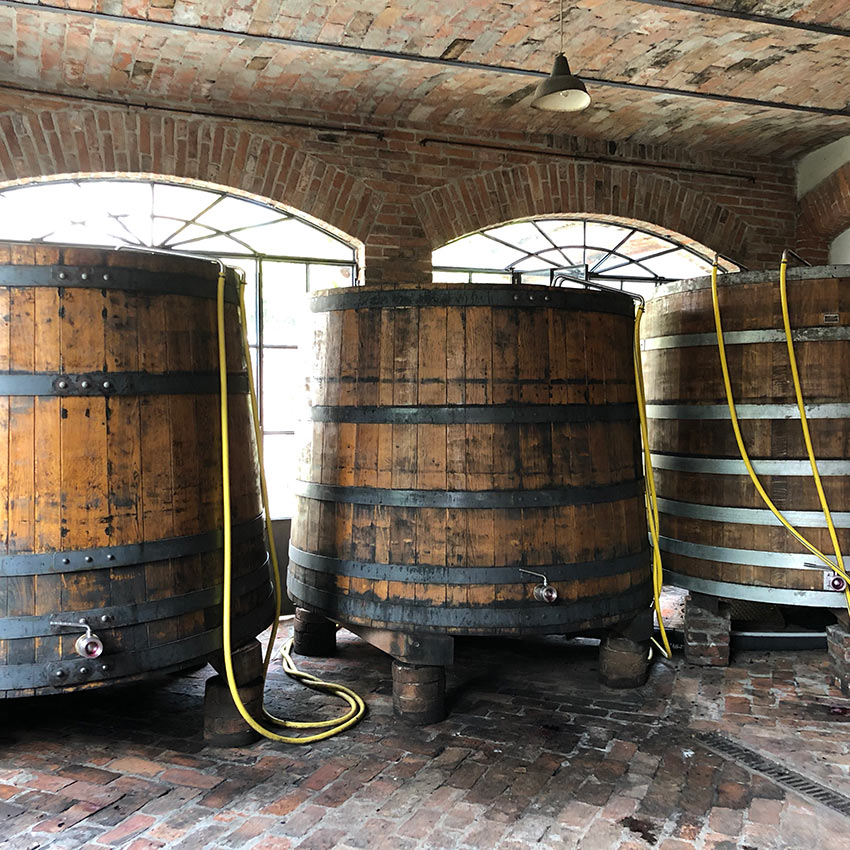 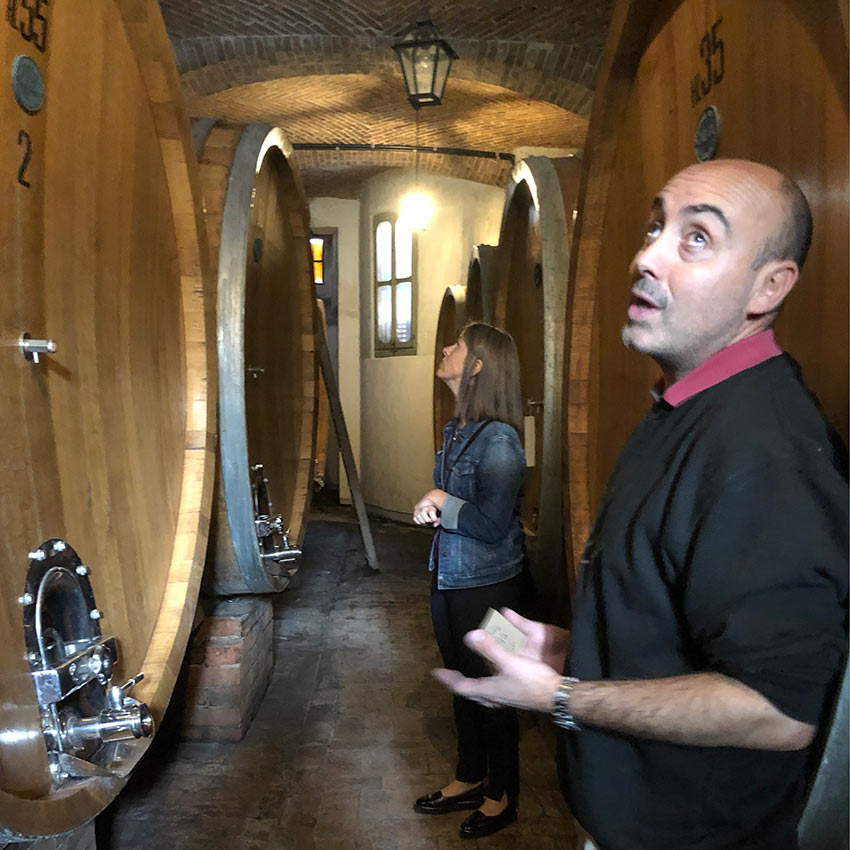 In the cellar with Fabio Alessandria

It speaks volumes that Chiara Boschis of E. Pira & Figli hosted us not just during harvest, but on the day that she was harvesting her Cannubi fruit, her “wine diamonds” as she says; an apt name, for sure, though I have never tasted a diamond as tasty as the grapes she gave us to sample. Her tour and tasting were unforgettable, but joining her for lunch upstairs was something that still brings joy. An extra special treat was trying her 2016 Barolo. Amazing. 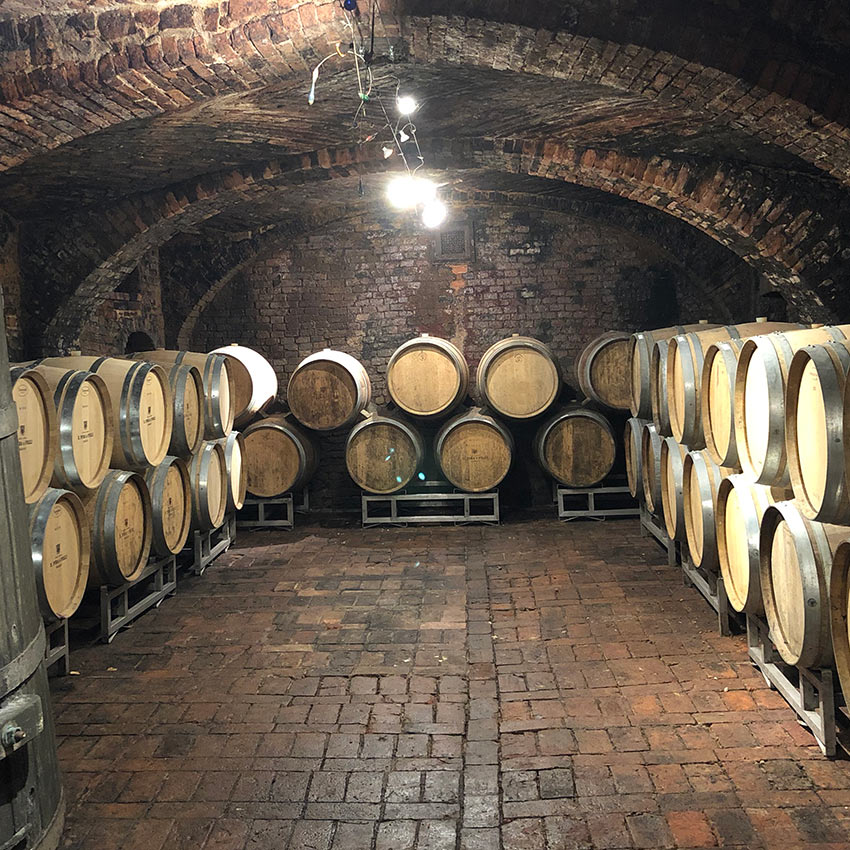 The visit to Cantina Bartolo Mascarello followed, with a tour and tasting of this venerated, staunchly traditional Barolo producer. Since 2005, Maria Teresa Mascarello (her first vintage was 1993) has continued the legacy passed on from her father, Bartolo, who proudly continued the tradition his grandfather Bartolomeo established in 1918. These are iconic wines. 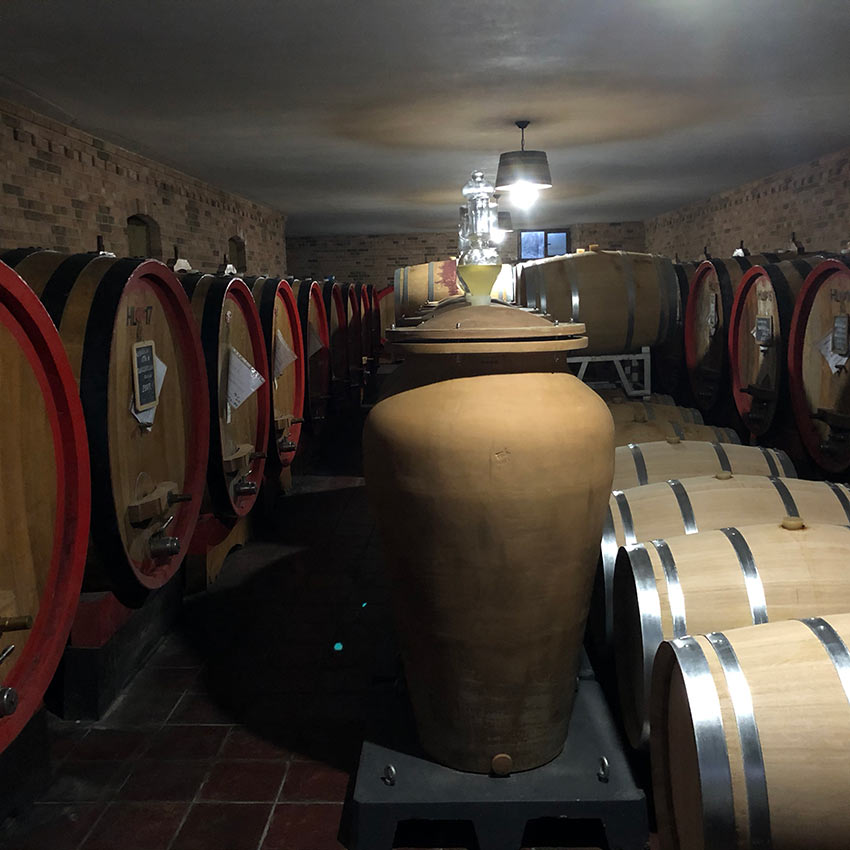 The cellar at Giuseppe Cortese.

North of the Tanaro River, in Canale, Roero, Roberto Damonte, of Malvira’, is crafting exceptional wines that age beautifully. After a tour of his vineyards, we enjoyed a lengthy, incredible multi-course dinner with wine pairings with Roberto and his wife at Villa Tiboldi. The 2006 Sauvignon Blanc was remarkably fresh and lively, despite being 13 years old. His Roero and Roero Riservas, as well as the Barbera, also age far beyond what is typical. Our stay at Villa Tiboldi could not have been better, and the hosts were as fine as their wines. 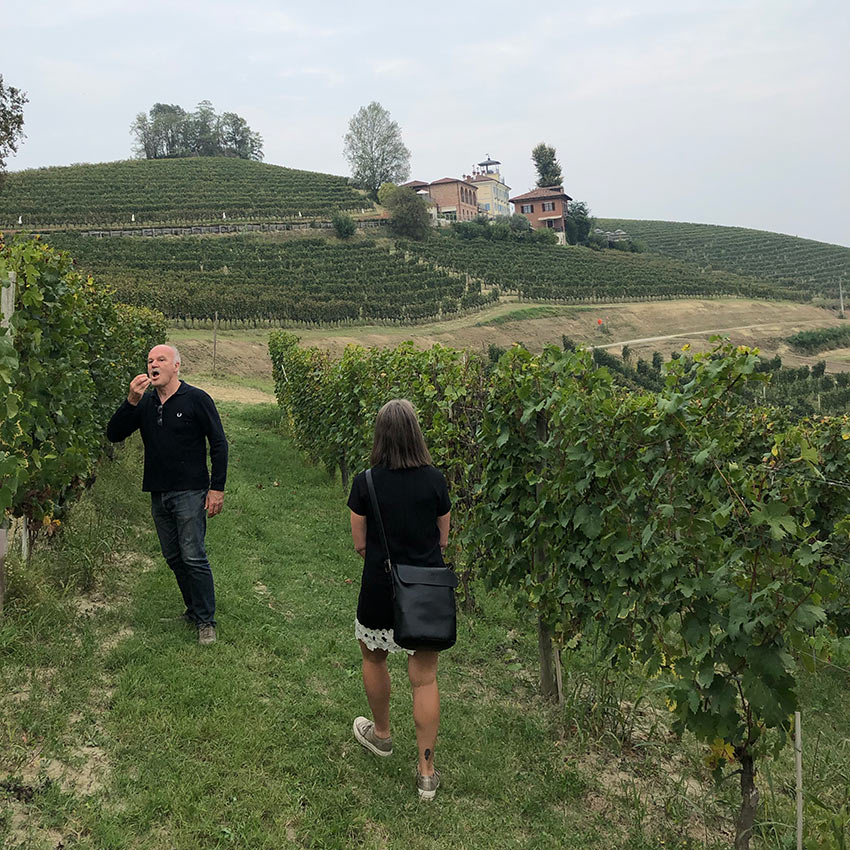 Tasting the fruit with Roberto Damonte of Malvirà 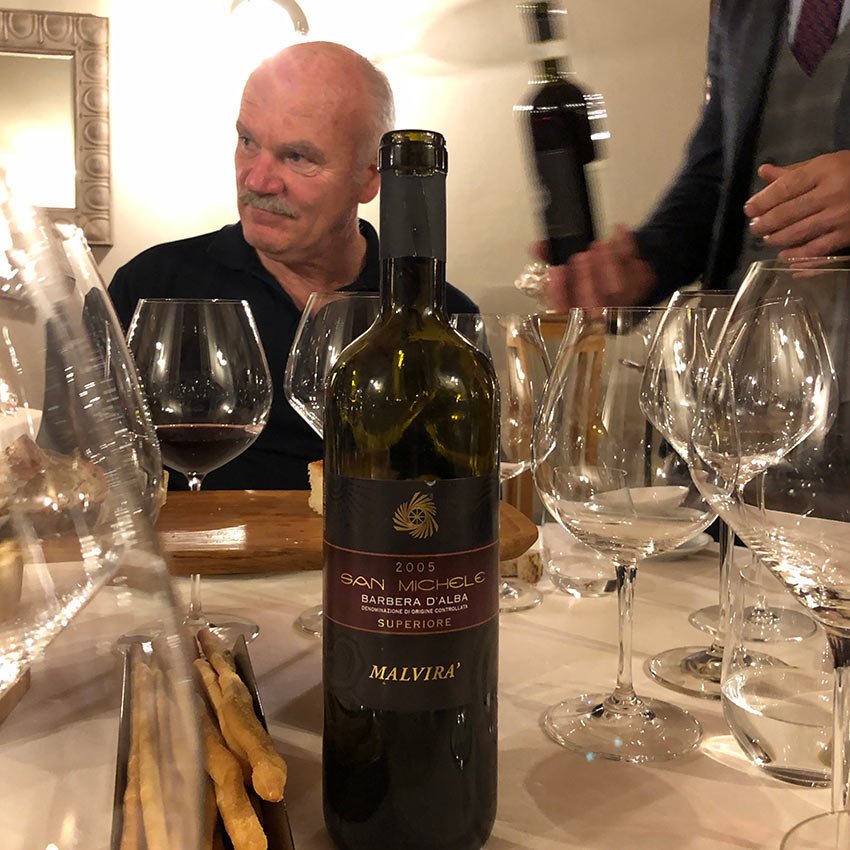 The beginning of an incredible dinner at Villa Tiboldi with Roberto and his wife.

Of course, around the same time as harvest comes the Truffle Festival in Alba, where we explored and enjoyed truffle dishes and local wines, procuring a white and black truffle to bring home to the kids. NB: don’t carry these on the plane home— everyone on board will smell them. I can’t wait to return for more. 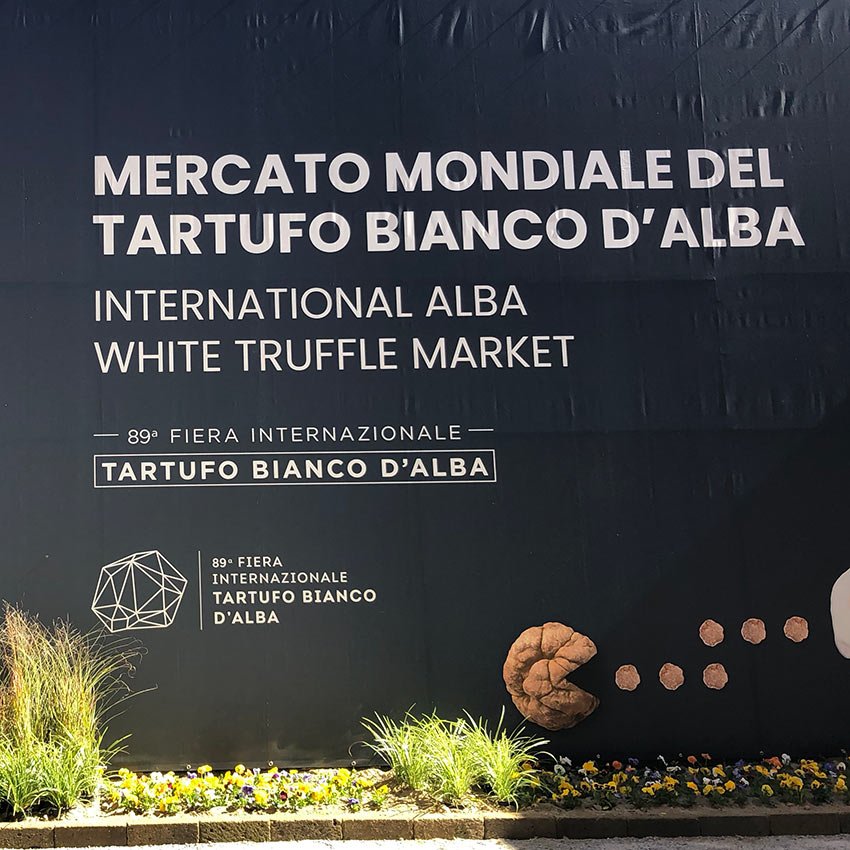 It was a special trip, to be sure, and if you find yourself traveling to Piedmont, be sure to reach out to your favorite wineries ahead of time, and get ready for some life-changing wines and cuisine.

We are located in the Stadium district of Tacoma.

We have reduced our hours due to Covid 19! Hours are subject to change as the situation is fluid. ​

Bar currently closed due to Covid-19

ORDER for PICKUP or DELIVERY